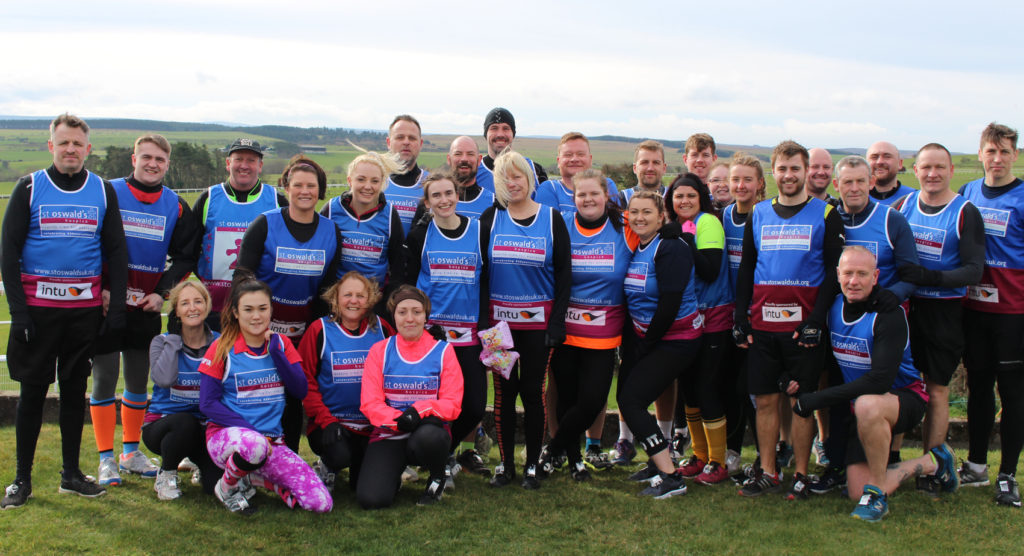 Teams from five companies in the Northern Bear group braved the windy weather at Hexham Racecourse on 2 March 2019 to take part in an endurance race and raise money for St Oswald’s Hospice. Together they raised over £4,000.

The fastest contestants from the Northern Bear teams were Sean McManon (1hr 18 mins) and Sharna Rowley (1hr 46mins) of Springs Roofing but everyone who took part deserves praise for a magnificent effort.

St Oswald’s Hospice is Northern Bear’s local ‘charity of choice’. At the end of last year the company had raised over £30,000 for the charity, and with the efforts of the Mad March Mare and the upcoming Northern Bear golf day at Ramside Hall on the 27 June 2019 it hopes to raise even more money for this very worthwhile cause.