New MD for A1 Industrial Trucks

Northern Bear plc is delighted to announce that Stuart Dawson has been appointed as Managing Director of A1 Industrial Trucks Ltd. 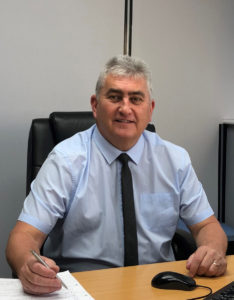 Stuart Dawson came to A1 Industrial Trucks in August 2018 as Sales Director. He had previously managed sales for one of the UK’s largest suppliers of forklift trucks. The board of Northern Bear plc had hoped that, after a few months in the job, Stuart would be suitable for promotion to Managing Director. They were right.

Graham Jennings, Managing Director of Northern Bear plc, said: “Stuart has moved into this position after showing, in a very short time, that he has the ability and the confidence to carry out this role and I am know that he has brought a fresh, sales-driven approach that will keep the company moving ahead in what is a competitive market”

Stuart Dawson said: “I am very pleased to have been appointed as Managing Director. As soon as I arrived at A1 and met the team I knew I had made the right move. This is a good business with a great potential for growth. I feel that 2019 is going to be a big year for us.”

From small beginnings in 1983 as a service and repair business A1 Industrial Trucks has grown to become a major supplier of materials handling equipment and one of the biggest independent Mitsubishi dealers in the UK. In 2008 the company became part of the Northern Bear group.

For more information about the large range of forklift trucks and warehouse equipment for sale or hire visit A1industrialtrucks.co.uk